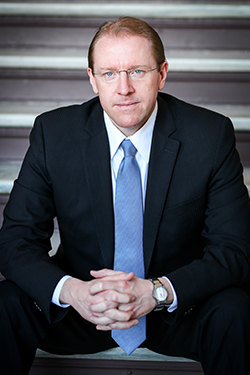 Jason has tried numerous civil and criminal jury and bench trials in front of Montana Federal and State district courts.  He has tried jury trials to verdict in Bozeman, Great Falls, Havre, Chinook, Glasgow, Lewistown, Shelby, and Helena.  Jason has also tried numerous cases in front of Montana and National administrative agencies and arbitrators.  He has appeared in every Federal Court in Montana, and has appeared in State Courts from Libby to Billings, and from Havre to Sidney. Through his dedication to his clients and the law, Jason has developed the ability to examine a client’s situation and effectively present his client’s position to others.

Jason’s civil litigation practice emphasizes the effective use of the Rules of Civil Procedure. His deposition and motion practice is focused on preparing for trial, but never loses sight of resolving conflicts through early neutral evaluation or mediation. His litigation strategy is client-driven with a focus on specific client goals and objectives. Jason litigates cases in the areas of business disputes, breach of contract disputes, oil and gas contracts and disputes, insurance coverage and claims, personal injury, premises and products liability, copyright and trademark infringement, trade secrets, construction disputes, corporate and partnership disputes, employment disputes (management only), estate and probate contests, real estate disputes and family law.

Jason’s criminal defense practice uses every available resource to prepare a case for trial. Because criminal cases have special statutory and Constitutional priority, they must be prepared as if they are proceeding to trial immediately. Jason relies on several experts and investigators to assist him in trial preparation, but also focuses on developing mitigation evidence and emphasizing acceptance of responsibility to obtain the best possible resolution. He has extensive experience in defending those accused in Federal Court, and handles all cases brought in Federal and State Courts throughout Montana. Jason has represented clients who have faced the death penalty and mandatory life sentences. He has defended those accused of deliberate homicide, negligent homicide, vehicular homicide, assault, DUI, white collar offenses such as bribery, theft and embezzlement, complex drug conspiracies, excessive use of force, self-defense, all Indian Country offenses in Federal Court, and sexual offenses in both Federal and State Court.

Jason routinely serves as local counsel for clients and their Pro Hac Vice counsel in State and Federal Court. In Montana, the Federal District Court and State District Court Local Rules require that local counsel be vested with full and complete authority to act on behalf of the client. Jason believes that the practice of law is local, and even when clients need to retain out of jurisdiction counsel, local counsel who is not a “bag carrier” should be retained.

In addition to his trial practice, Jason has represented numerous civil and criminal clients before the Montana Supreme Court and the United States Court of Appeals for the Ninth Circuit. Jason has had the honor of arguing before the Ninth Circuit Court of Appeals on multiple occasions. Jason has also prepared numerous Writ of Certiorari Petitions to the Supreme Court of the United States for his criminal clients.

An attorney’s success is often unreported in law journals or case reports. Jason has been successful in resolving several civil disputes for his clients by negotiating resolutions before suit is filed and of course, before trial. In criminal cases he has been able to secure dismissal, pre-trial diversion agreements and deferred prosecution agreements for several clients. However, when negotiations fail Jason is prepared to proceed to trial or appeal. 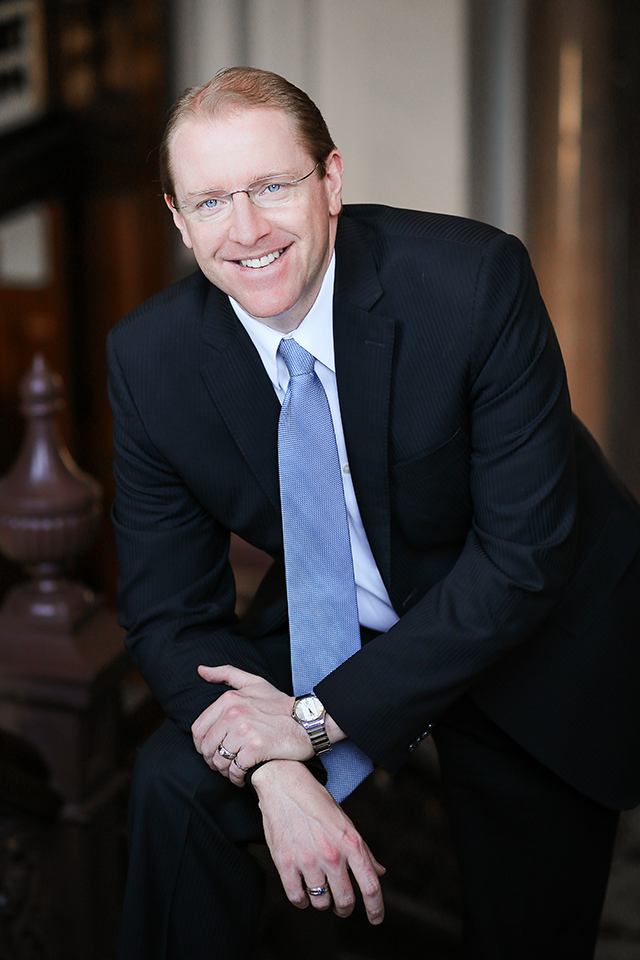 He successfully obtained the reversal from the Montana Supreme Court of a $2.5 million jury verdict in a complex breach of contract and oil and gas dispute. See D.R. Four Beat Alliance v. Sierra Prod. Co., 2009 MT 319.

Jason successfully obtained the imposition of a constructive trust from the Montana Supreme Court for life insurance proceeds in the amount of over $2.3 million for his client. See Volk v. Goeser, 2016 MT 61.

He successfully obtained the reversal of the District Court who ordered his client’s long-time family farm be sold in a dissolution.  See In re the Marriage of Broesder, 2017 MT 223.

He advocated for a client whose constitutional right to search and seizure was violated and obtained a dismissal of all charges on appeal to the Ninth Circuit Court of Appeals. See U.S. v. Whitehorn, 123 Fed. Appx. 752 (9th Cir. 2005).

Jason also obtained reversal from the Ninth Circuit Court of Appeals where a client wanted to present a lesser-included defense and was denied the opportunity. See U.S. v. Fisher, 607 Fed. Appx 645 (9th Cir. 2015).

He successfully obtained the reversal of the District Court in denying a Motion on a case of first impression in Montana regarding the timing of Federal Removal.  See Sage Fin. Prop., LLC v. Fireman’s Fund Ins. Co., 2020 MT 47.

He has also been successfull on the special Writ of Supervisory Control under Montana’s Constitution.  See In re the Marriage of Brown, OP 12-249 (issuing the Writ), and  Strommen v. Seventeenth Jud. Dist. Co., OP 20-0327 (denying Writ as to moot issue of Constitutional Challenge).

Jason’s skills as a trial attorney and appellate advocate have been recognized by his peers:

In 2011 Jason was the co-recipient of the Neil Haight Pro Bono Award from the State Bar of Montana. Jason received the award for his excellent and tireless work on behalf of the Cascade County Pro-Bono Law Clinic, please note that Jason only serves Pro-Bono clients through the clinic and not through direct solicitation.

In 2007 Jason was recognized as one of the finest trial attorneys in the State of Montana when he was co-recipient of the Criminal Defense Trial Lawyer of the Year from the Montana Criminal Defense Trial Lawyers Association. Jason received the award for the work he undertook on behalf of a client charged with the death penalty as a result of an alleged deliberate homicide. 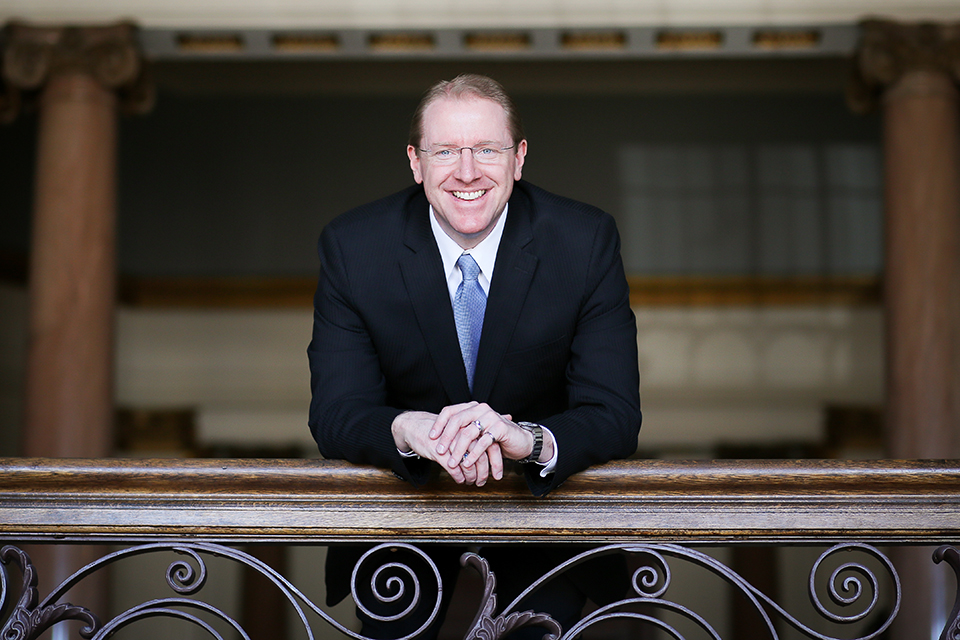 Jason’s success as a trial attorney and appellate advocate is based on the strong work ethic he acquired growing up in the blue-collar railroad town of Havre, Montana. Jason attended Concordia College for a time before he received his Bachelor of Arts degree, with high honors, from the University of Montana where he majored in Political Science and graduated from the Davidson Honors College as a University Scholar.

After college Jason received his Juris Doctorate degree, with honors, from the University of Montana School of Law. During law school Jason served as a member and co-conference coordinator for the Public Land and Resources Law Review where his work on the United States Supreme Court case of City of Monterey v. Del Monte Dunes at Monterey, Ltd., 526 U.S. 687 (1999) was selected for publication. See, Paving a Road, Reaffirming a Roadblock, 21 Pub L.R.LR 145 (2000). Jason also received the Norman Hanson Legal Writing Award in Appellate Advocacy.

In addition to his trial and appellate practice, Jason serves his community and bar. He is a Past President for the Montana Association of Criminal Defense Lawyers (2014 -2015). Jason is a past Board of Trustee member of the State Bar of Montana and served two consecutive terms as the Secretary-Treasurer of the State Bar of Montana. He is a former member of the Board of Directors for the New Lawyers Section of the Montana State Bar Association and served as the Section’s President (2003-2004). Jason was honored to serve on the local rules committee for the Montana Federal District Court. And, Jason was appointed by Montana Governor Steve Bullock to serve on the legislative OPD task force (2015-2016).  He currently serves on the Board for the Montana Legal Services Association, Inc.

Please note that unsolicited e-mails will not be responded to because of high junk e-mail settings. If you are potential client, do not send an e-mail. If you are potential client, please call (406) 452-6500 and leave a detailed message, including the name of the adverse party. If you a client looking for Pro Bono representation, please note that Faure Holden Attorneys at Law, P.C., donates its time through the Cascade County Law Clinic, Inc. and does not respond to direct inquiries for Pro Bono legal services. Examples listed on this web-site are not reflective of future results, and there are no guarantees regarding any legal services.